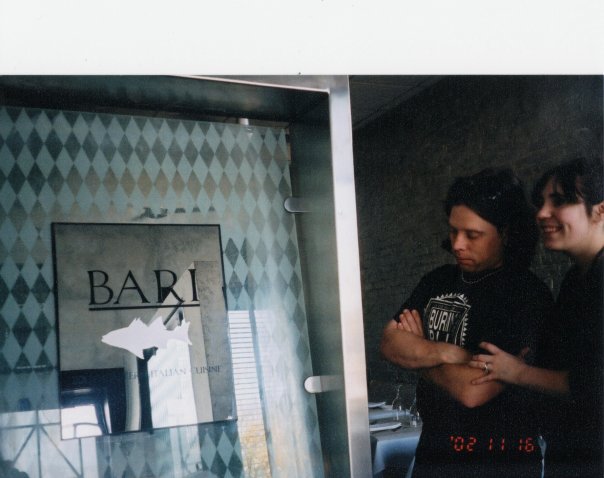 Not too long after Jason and I started dating, we decided to get married and open an Italian restaurant in Memphis together. We wanted to focus on the food from the region that his mother is from, Bari, the Puglia region of Southern Italy and that is exactly what we did. We got married (I was 23 and he was 25) and started making our business plans, lined up investors, and looked for a long time for the perfect location. We went to Bari, Italy every year and ate in the Old City. We wanted to open a restaurant in Memphis, Tennessee that would preserve his family’s heritage and to pay homage to his Italian family’s culture and history.

After three years of marriage, I became pregnant with our first son. I was out on maternity leave when we got a phone call about a location. I was going to have to go back to work soon anyway and it was a perfect location for us because it met all of our requirements and there was a bonus! It was a stand alone building on S. Cooper with it’s on parking lot and Jason and I had both worked in the space when it was Koto. He worked in the kitchen and I had been a server there for years, so we were both very familiar with the space and felt like this was our opportunity!

When we got the keys, we had planned on taking a month at least to paint the walls and make some changes to the existing space to make it ours, but somehow, it was written in the Commercial Appeal that we were opening on Friday, November 15, 2002, which gave us about two weeks to get ready to open. We asked all of our friends, family, and coworkers to come help us out and keep in mind, we had a new born also.

I remember the night before, we had so much stuff to do and I was about to cry, when some of Jason’s friends from Dish showed up and asked, “What do we do?” While I put every item in the computer, Jason was prepping in the kitchen and his friends were working on setting up the dining room. My mom was at my house snuggling and singing to her first born grandson that she was so in love with. I couldn’t believe that we actually finished everything we needed to do that night before opening.

I remember being so nervous about all of the reservations we had the first night and I also remember how excited we were! I remember Dr. Treadwell coming in and congratulating us on finally opening our own place because we had talked it about it for so long. I met his wife, Nicole, that night and I remember how sweet and loving she was. She had the biggest smile and so much enthusiasm. I didn’t know at the time, but that is just how she is. Every time I see her she has that big smile on her face and I have to hug her neck.

I remember Tom Nenon telling me how wonderful the calf’s liver was and that it was better than what he had in Alsace. Little did I know that he would become one of our long time regulars. I remember Andrew Trippel waiting Fredric Koeppel that night and me being so nervous that Fredric Koeppel was coming in on our very first night. Fast forward a few years later and he is sitting at his favorite table and I bring out a prosecco grappa I had just brought back from Italy and let him have some at the end of his meal. I remember the lights being very dim and me thinking that maybe that was too dark and I would turn them up a little higher the next night, but mostly I remember how proud I was of both of us. We did it! I was ready to do it again the next night.